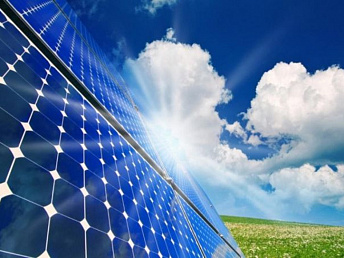 YEREVAN, May 14. /ARKA/. The Armenian Government has approved the construction of the 55MW Masrik-1 solar power plant, the World Bank Armenia Office reported. It said for this project, the government has issued the letter of award to a consortium comprising Fotowatio Renewable Venture (FRV) and FSL Solar. Masrik-1 is reported to be the first competitively tendered independent power project (IPP) in the country.

In 2014, the Armenian Government has recognized the importance of the utility-scale solar photovoltaic (PV) under the scaling-up renewable energy program investment plan (SREP), which offered a project preparation grant of $2m.

The SREP and the World Bank team supported the renewable resources and energy-efficiency fund.
This financing was offered with the installation of ground-based solar resource measurements; the identification of Masrik-1 as the candidate site for the first round of tender; and the commissioning of feasibility studies, and environmental and social impact assessments.

World Bank Armenia country manager Sylvie Bossoutrot said: “The Masrik-1 solar power plant is a pioneering project for Armenia, as well as for the South Caucasus region, and an exciting opportunity for the country to further develop its renewable energy potential.

“Furthermore, the open and competitive bidding process carried out by the government has set an example for future investments in the country.”

During its 20-year lifespan, the power plant is expected to reduce nearly one million tons of carbon, as well as create short-term and long-term jobs in the region.

The project is also expected to improve long-term energy security in the country by promoting the development of solar resources. The country’s dependency on imported natural gas will also be reduced.
SREP and the World Bank have also identified another five potential solar projects with a total capacity of 55MW in the region that will be launched in a second round of competitive bidding in the near future.