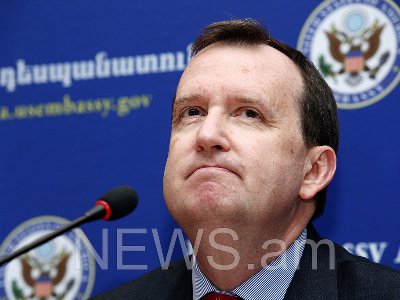 YEREVAN. – There is a greater possibility for U.S. investments in Armenia’s energy sector than it was last year, U.S. Ambassador to Armenia Richard Mills told reporters.

His comment came in response to the question by Armenian News-NEWS.am whether there is possibility for U.S. investments in the near future.

“The possibility of that investment is greater than it was when I first discussed that issue. I think the new government whom I have met with and talked to is very interested in liberalizing energy market and making it more competitive and more open. It is exactly what we need,” the ambassador said during the opening of American Film Showcase 2018.

Last year ambassador said Armenia will be able to get $8 billion investments  , if the energy market is completely free.