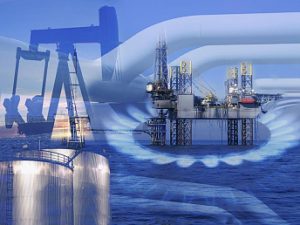 Stressing the importance of energy, he said that nowadays energy is being reconstructed in the world, and the Armenian authorities should clearly understand and assess their steps in this context to bring the country’s energy system is tune with modern criteria.

Arthur Grigoryan, energy infrastructures and natural resources minister, that the process of extension of the life of the Armenian Nuclear Power Plant’s second unit is under way now in accordance with the set schedule.

Besides, he said, the repair of the plant is coming to an end, and it will resume operating on August 1.

The issues related to storage and further recycling of nuclear fuel wastes were discussed at the meeting as well.

Positive developments in solar energy were pointed out at the meeting. The thing is that some investors have applied for implementation of investment programs.

The tender for construction of Masrik-1, a 55-megawatt solar plant, is already over. The lowest prices were offered by the consortium of the Netherlands’ Fotowatio Renewable Ventures B.V and Spain’s FSL Solar S.L.

Grigoryan said that representatives of these two companies will visit Armenia soon for signing the plant construction contract.

Welcoming the steps taken to developed renewable energy, Nikol Pashinyan said that any project should be implemented only with communities’ consent – people’s opinion can’t be ignored.

“If a project is good, it is necessary to persuade people of this,” he said. “Communities’ opinion should be decisive. This applies not only to the energy system, but also to implementation of any project.”

Pashinyan instructed the officials to take stock of all doubtful and problematic obligations in energy area and to take measures to put things right.