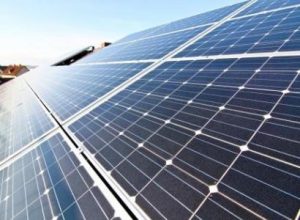 YEREVAN. – All ongoing projects in Armenia’ energy sector are aimed at raising the level of energy security, reliability, and independence.

The Minister of Energy Infrastructures and Natural Resources, Artur Grigoryan, stated the aforesaid at Wednesday’s press conference to sum up the results of the first 100 days of his tenure in this capacity.

In his words, development of alternative energy is important to Armenia, and renewable energy is considered a priority and has a major strategic importance for the country.

The minister added that it was decided to carry out a solar energy development program in Armenia, so that 100MW-capacity solar power stations would be built in the country, until January 1, 2020.

Grigoryan noted that there is also an arrangement with respect to wind power development in Armenia.